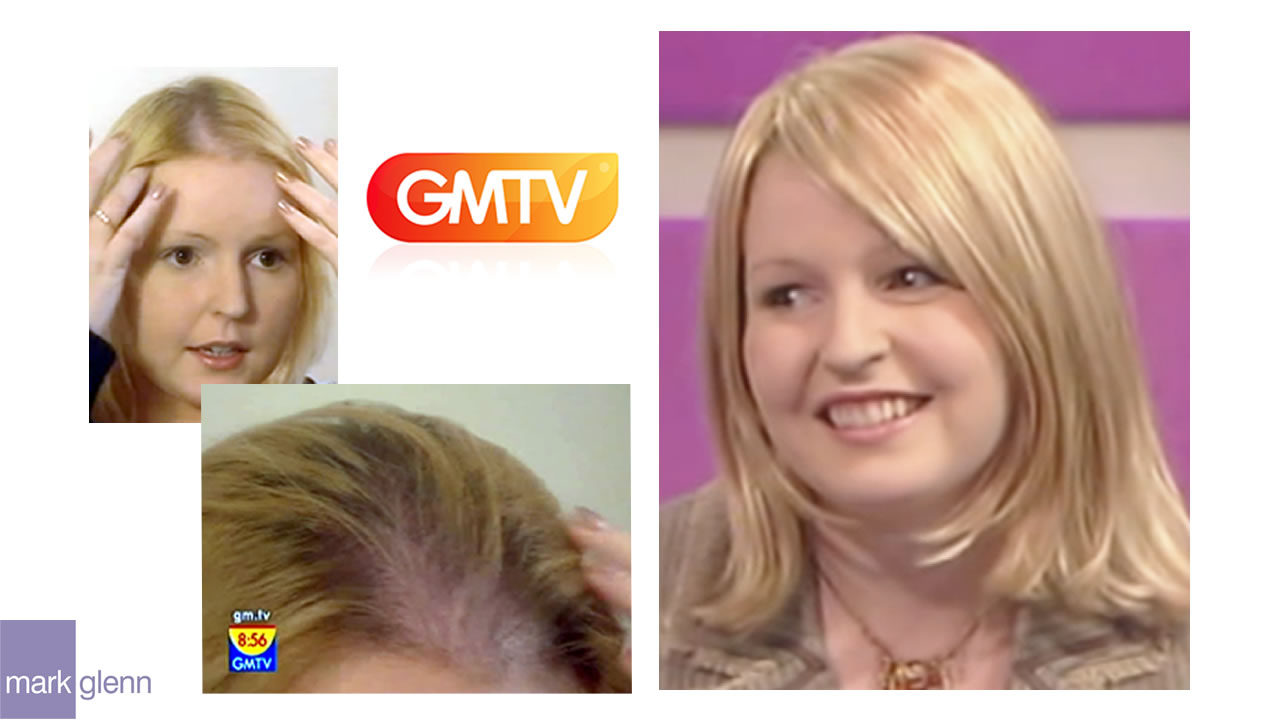 LK Today's 'Miracle Makeover' on GMTV featured us transforming the look of a viewer whose drug treatment for endometriosis had caused her some permanent hair loss.

25-year old Gillian Biggerstaff was a PhD student who had to start lecturing a couple of weeks later and wanted to feel confident in front of a hall of students. Her thinning was mainly on the crown area and she's one of the estimated 8 million women in the UK that suffer from some form of hair loss or alopecia.

'I just love looking in the mirror now'

LK Today host, Lorraine Kelly, said on-air the results of our work "...looks amazing, incredible, absolutely stunning and so natural - it gives the hair so much more volume".

Mark Glenn co-founder, Mark Sharp, was on the breakfast show sofa with Lorraine and Gillian as he described how he'd achieved the transformation at our London hair extension studio by using our unique Kinsey System.

Invited back the following day

After their switchboard went into meltdown, producers invited us back on to the show the following morning after what was described as "an unprecedented response to any item we've ever featured".

Mark Sharp from Mark Glenn joined Lorraine on the breakfast sofa again to go into more detail about our techniques with input from hairdresser, Louise Galvin.

You can watch both programmes below - as well as view images from the show...