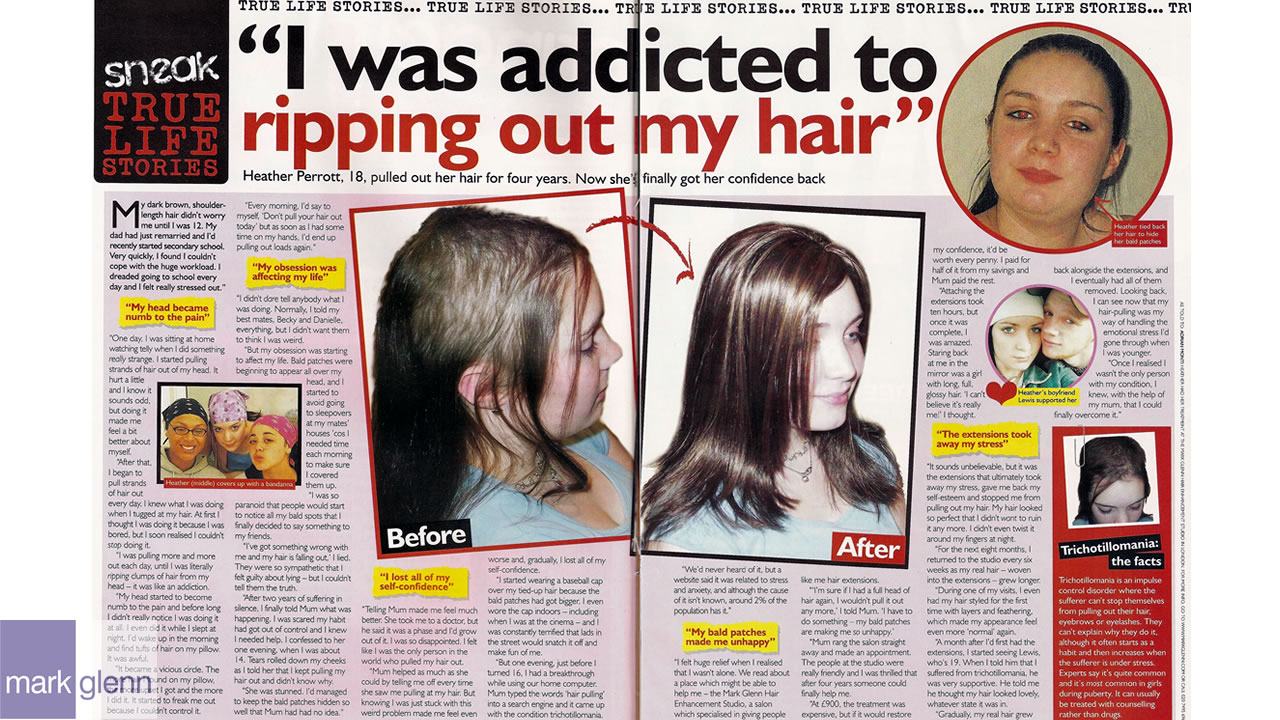 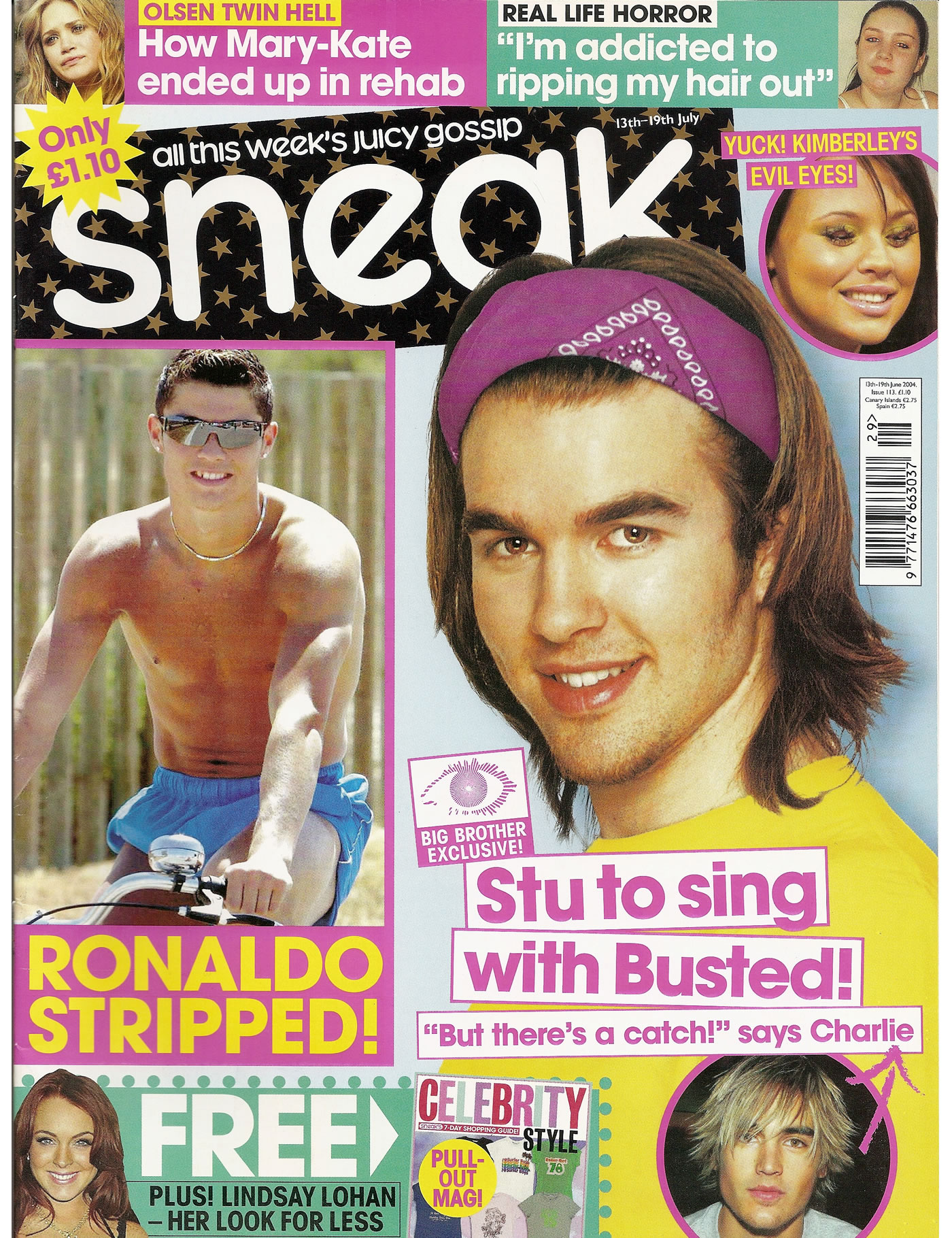 Sneak Magazine told how a teenage girl "finally got her confidence back" and overcame her trichotillomania after treatment at Mark Glenn Hair Enhancement.

And, in the double-page cover-story article, she tells how after eight months of visiting us for specialist hair extensions, her own hair grew back.

She says that the extensions "ultimately took away my stress, gave me back my self-esteem and stopped me from pulling out my hair".

We've included some before and after pictures further down and, as you can read in the article re-printed below, they even helped her find love...

see before & after pictures ↓

"I was addicted to ripping out my hair - True Life Stories"

Heather Perrott, 18, pulled out her hair for four years. Now she's finally got her confidence back 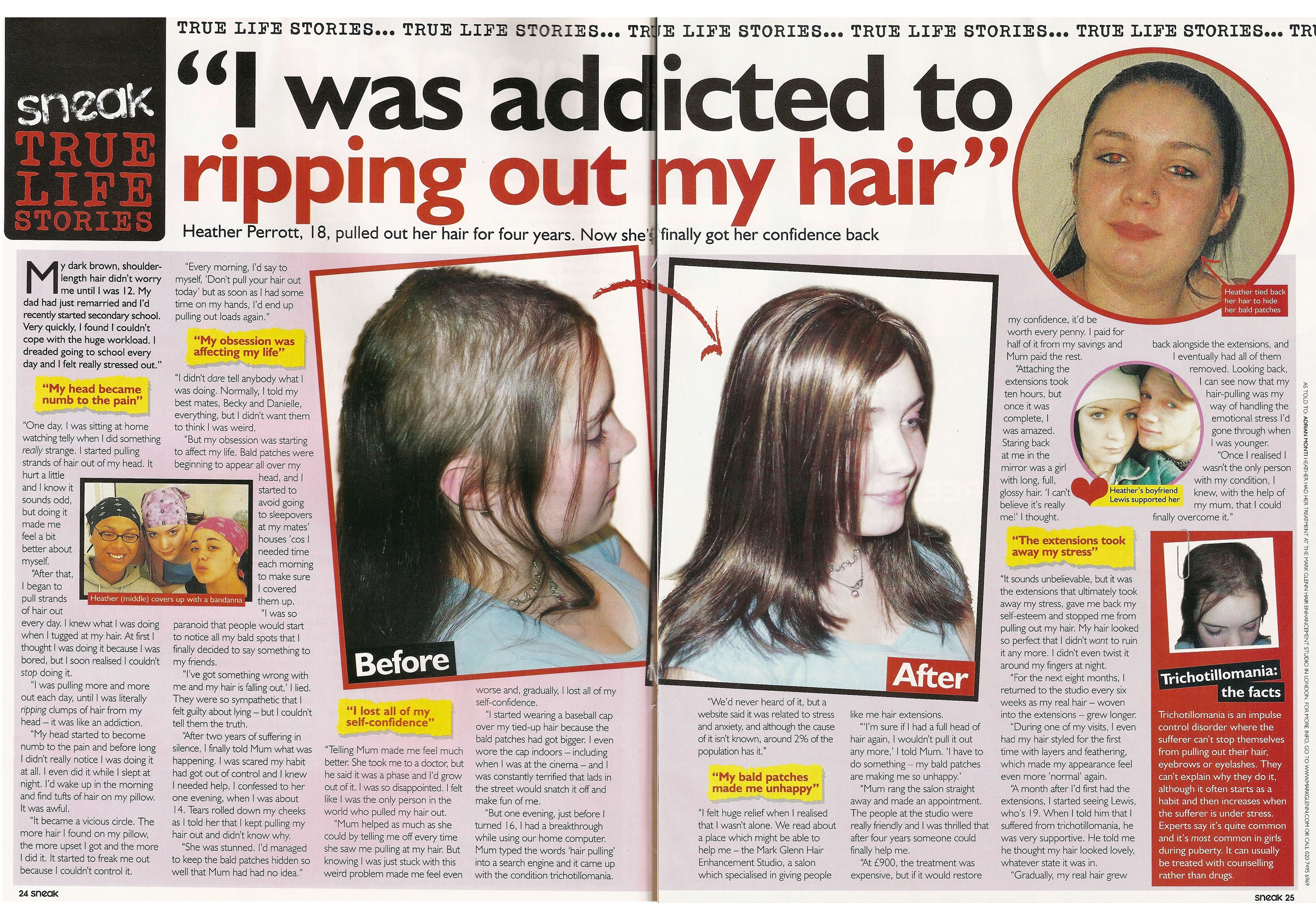 "I felt huge relief when I realised that I wasn't alone. We read about a place which might be able to help me - the Mark Glenn Hair Enhancement Studio, a salon which specialised in giving people like me hair extensions.