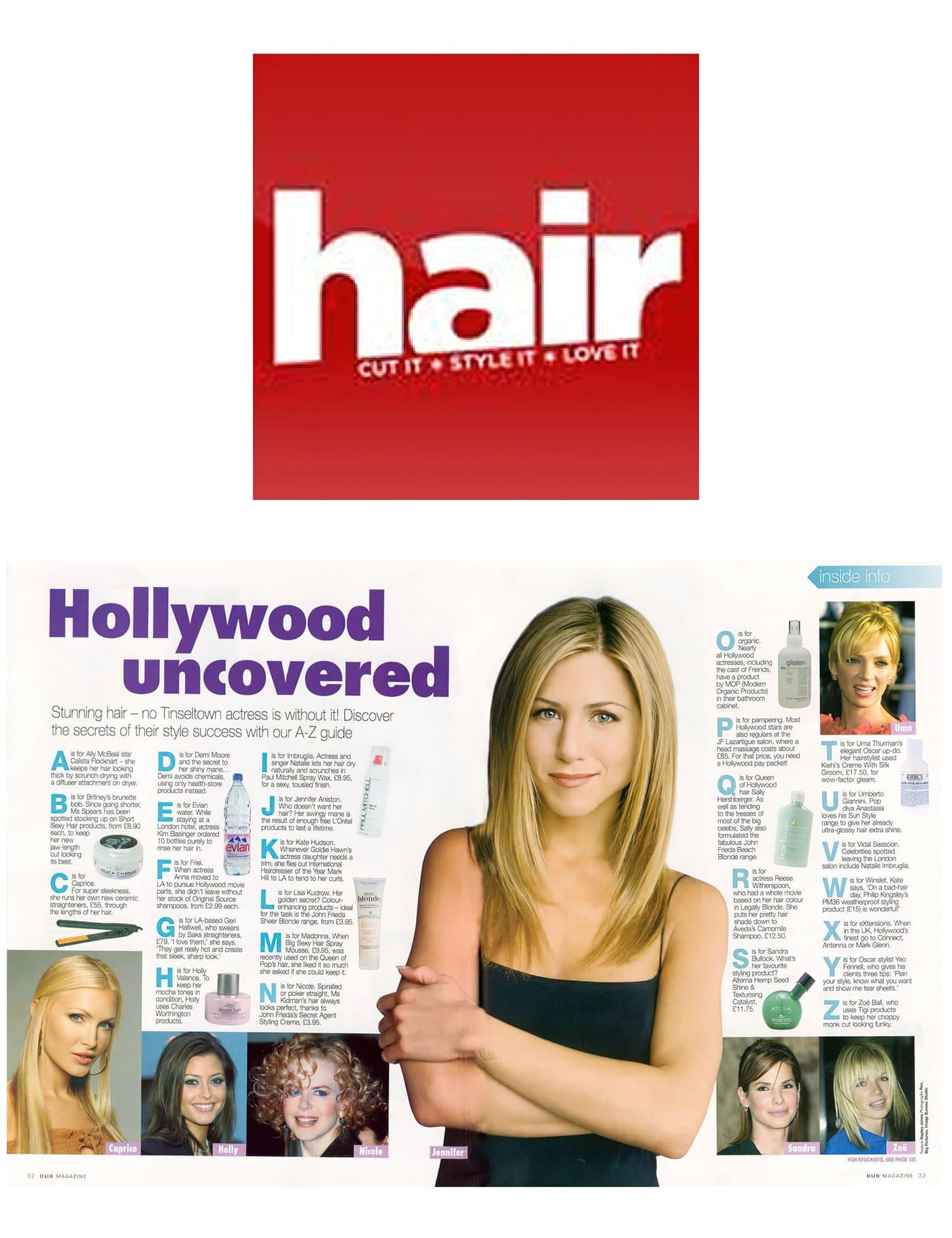 That's according to the August/September issue of Hair Magazine, the UK's biggest selling hair magazine.

In its feature on celebrity hair, entitled "Hollywood Uncovered", the magazine says that, "When in the UK, Hollywood's finest go to Mark Glenn" for hair extensions.

Despite the distance to our London's hair extensions studio, we have an increasingly buoyant client list of USA-based celebrities and high-flyers who think that the best is worth travelling for!

When in the UK, Hollywood's finest go to Mark Glenn for hair extensions

Our reputation in the States was recently cemented when we were the subject of a top-rating fly-on-the-wall documentary for the US-based, Style Network.

Our regular international clientele - for both fashion and female hair loss reasons - now includes individuals from eight different countries including Japan, The Netherlands and Italy.