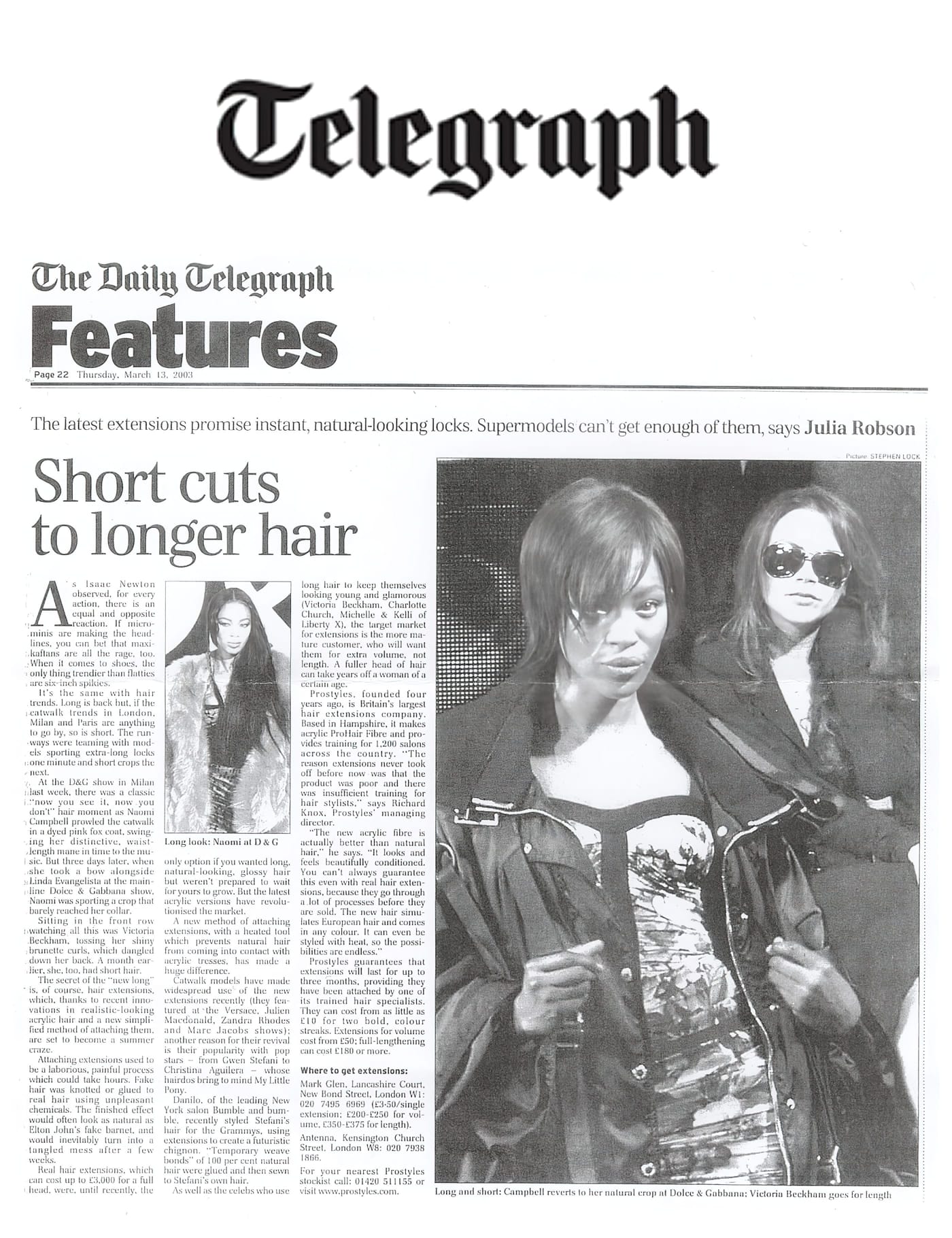 The article, entitled "Short Cuts to Longer Hair" claimed that, "long hair is back" and said that, "the latest extensions promise instant, natural-looking locks - supermodels can't get enough of them."

It looks and feels beautifully conditioned.. it's revolutionised the market... supermodels can't get enough of them

The story centred on last week's D&G fashion show in Milan and the number of models - and celebrities in the audience - sporting longer, extension-enhanced locks.

The article went on to say that the synthetic fibre we use for our extensions is much superior to glued-in human hair extensions, saying that, "it looks and feels beautifully conditioned" and that it's, "revolutionised the market."